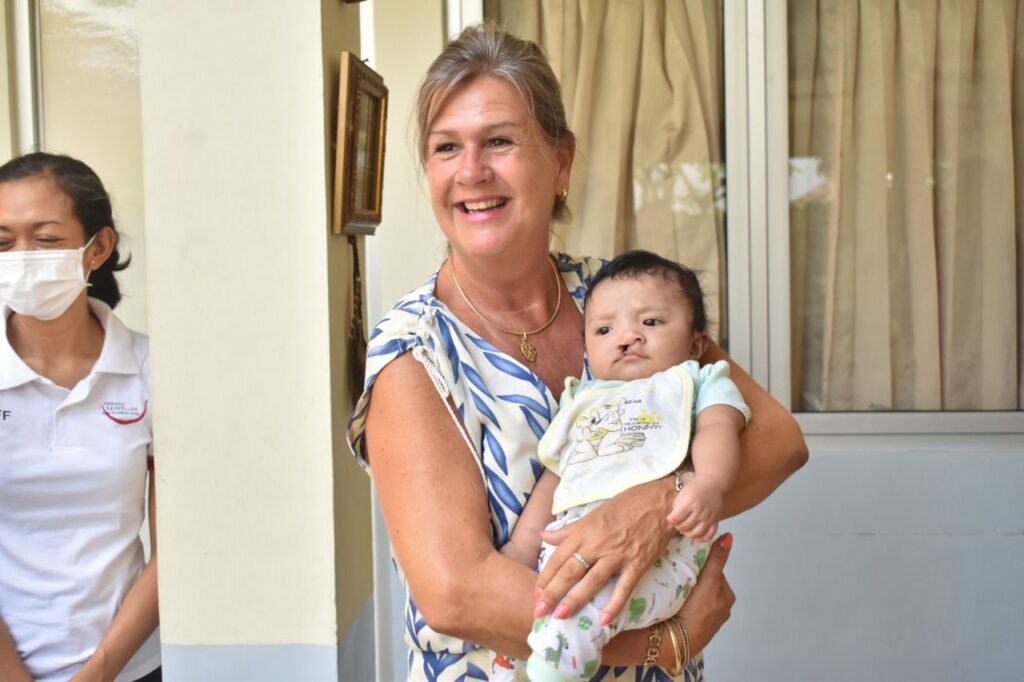 Working with and for children always was one of Caroline’s passions. In 2000, through the enthusiasm of her stepfather Cees Dros and her mother Ria she got to know the Benjamin foundation and soon she became one of the board members. Her personal interest, involvement and enthusiasm soon made her to take responsibility to become the secretary and treasurer and later she also agreed to take over to become the chairman. After completing among other a hostess-course and many interns, she started to work for Marysol Vliegreizen. She worked here for a few years with much fun, both abroad as in the main office in the Netherlands, among others on product development.  Despite of her busy job and her young family, she had some time to take a course for beautician and masseuse. Quickly after she realized that her passion and strength are more in organization, planning and coaching, which also gave her the required satisfaction. For her personal development she finished recently an all-round course for Coach.

She is married with Marco and is a mother of four. After the birth of their first child, a girl with the syndrome of Down, she decided to stop working, and focused the first years on the development and care for their daughter. Soon two sons followed and, surprisingly, after a few years a beautiful daughter. A nice, fun and sometimes hectic environment.

Her social live, has been characterized by her involvement and participation in different parent councils and participation councils, a.o. in the school for mentally challenged children  and in regular primary schools. She also had different memberships in various foundation boards and continued her professional development with attaining different focused courses.

At the moment her children have reached an age, which give Caroline more time to spend in the Benjamin foundation, which she is doing with much passion and fun!

Born in 1977 in Amsterdam, raised in Obdam. He went through his school career at the Vrije School.
After his graduation (VWO) he finished the Hotel Management School Leeuwarden and achieved his Bachelor degree. During his study he lived, worked and studied in France for a period of two and half years. After his study he has been working as a Purchasing Manager/F&B cost controller at the American Hotel in Amsterdam and thereafter as an income auditor, accounts receivable and payable and the last year as an assistant Financial Controller at the Amsterdam Amstel Hotel.
Hereafter he worked as a volunteer in a children’s home on Bali and experienced a lot and acquainted with all the aspects. After his return from Bali he joined the board of the Benjamin Foundation.

After Bali he worked shortly in France as a chef, followed by 3 years working as manager at the MediaCafé Plantage/Westergasfabriek where hospitability is being provided for several leading Dutch television programs. Since May 2012 he is working in the projects the Benjamin Foundation is sponsoring, including 1 year as manager of the children’s home and income generating projects of Macheo Children’s Centre in Kenya and adviser in several other projects. During the past 9 years he gained a lot of experience in capacity building with all projects in management, bookkeeping , budgeting and reporting, in M&E and several other areas. In 2019 he married in Kenya and in 2020 got his first-born daughter. Currently he is living most of the time in Kenya and from there also visiting Tanzania to advise, oversee and train all Benjamin projects in East Africa. 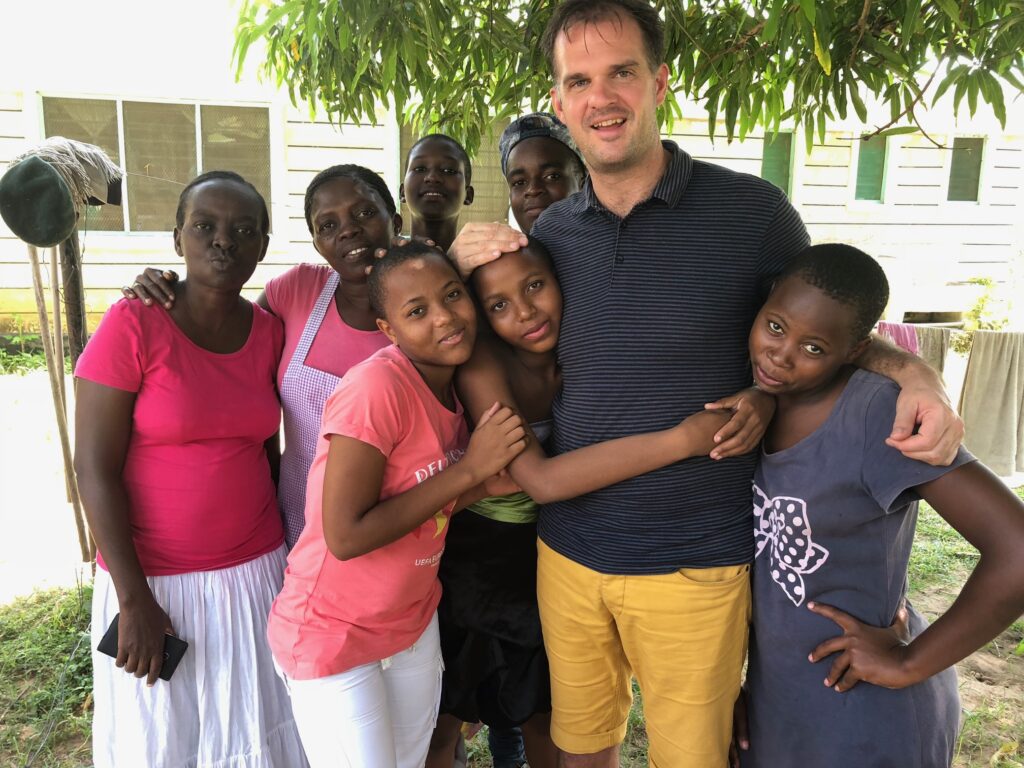 Geert-Jan has spent his entire working life in education for mentally disabled students. He comes from a real educational family. His grandfather was “Hoofd ener School” in various places in the Dutch East Indies. In Sumatra he married an Indonesian woman, and there his father was born. After the camp in Bandung, his father came to the Netherlands and, like his brother, also went “to the classroom” here. Born in Krimpen aan den IJssel, Geert-Jan went to the pedagogical academy. After his training, he started working as a teacher (then still “teacher”) at a school for Very Difficult Learning Children (ZMLK). Because the target group “grabbed” him, he continued his studies and obtained his doctorate in remedial education.

Geert-Jan has been director of this school for ZMLK since 1998.

He has mainly specialized in specific methodologies for this target group and in a very specific system for tracking progress. Geert-Jan has a lot of knowledge in the field of education for students with an intellectual disability, along with very specific knowledge in the field of autism.Geert-Jan hopes that his knowledge can be of value to the board of the Benjamin Foundation. The basis of the foundation, the fact that it is a family foundation, appeals to him particularly. A family foundation that is run so professionally is special. Geert-Jan has known the family for years, Caroline her eldest daughter has been educated at his school for many years. Geert-Jan is married to Sjakkie, are the proud parents of 3 children and now of 2 grandchildren. The work for the Benjamin Foundation is fantastic to be able to do. It is very special that so many children can be helped directly, and it is extremely inspiring to be able to look the children who are being helped in the eye and see that the help is working.

I work as a Pedagogical Employee in childcare. For years I have enjoyed living in Bergschenhoek with my husband Martin. Together we have a daughter, Julie. For several years I have worked on the sidelines at the Benjamin foundation. I accompanied Caroline on the trips to Bali and did the supporting tasks such as photographing, observing and reporting. I found these visits very interesting and special. So when I was approached to join the board I didn’t have to think long. It is great to be part of a foundation that is committed to the interests and development of children. I like to go out to see what the foundation has achieved and what else we can do for the children. For the future I hope to achieve many great goals with the Benjamin Foundation.

“A child’s smile makes you realize you are alive.”

I am an entrepreneur in the field of optics. I have been working in this with great pleasure for 25 years.

I am very interested in sports. I run, bike and ski. Being outdoors to have a fresh look at everything that happens in the day and in the world.

I manage people at work on a daily basis and I am ultimately responsible for managing all processes of good vision, good care, good feeling, and remaining high quality.

Personally, I am someone who enjoys helping people. That is why the Benjamin Foundation suits me very well. The foundation stands for giving underprivileged children a future. If I can contribute to this, I like to do so.